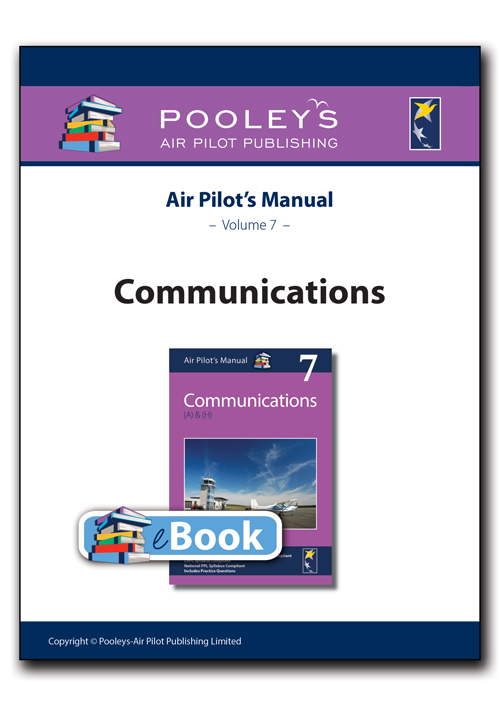 PLEASE NOTE: this product DOES NOT DOWNLOAD AUTOMATICALLY. A code will be emailed or posted to you  (Monday to Friday) with detailed instructions on how to redeem your code and how to download your eBook within the Pooleys eBooks app.

With over 200,000 copies sold this is the seventh of 7 volumes in this leading and most highly respected series of manuals for the training of the private pilot. Constantly updated, edited and revised by a highly qualified team headed by Captain Peter Godwin who is a current Flying Instructor (FI), Flight Instructor Examiner (FIE), Instrument Rating Examiner and CAA CPL examiner. The Air Pilot Manual series has long been recognised as the most comprehensive reference available to both the student and instructor and is the standard reference for the CAA PPL examinations.