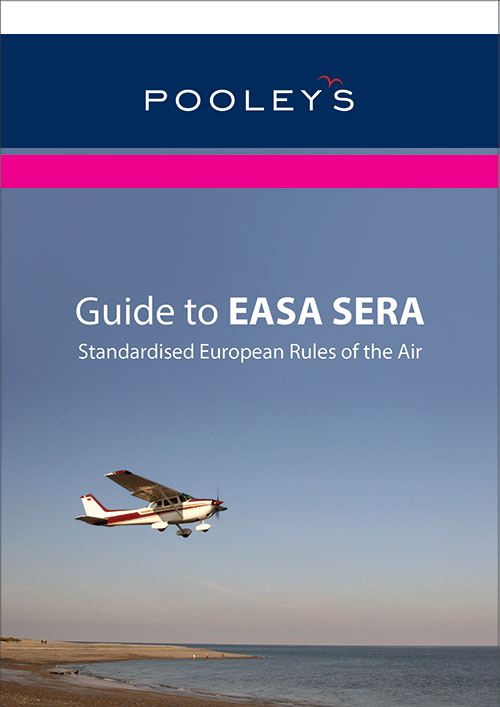 – NEW – This publication covers the EASA regulations introducing a common european wide rules of the air.

On the 26 September 2012 EASA published regulation (EU) 923/2012 commonly referred to as SERA, the Single European Rules of the Air. This Regulation came into force on the 12 December 2012 but most Member States took advantage of the 2 year opt-out and adopted this regulation on the 4 December 2014.

Included in this publication is amending regulation (EU) 2016/1185. This regulation comes into force on the 12 October 2017 introducing Sections on SSR Transponders and Voice Communications Procedures, however several of its amendments were effective from 18 August 2016.