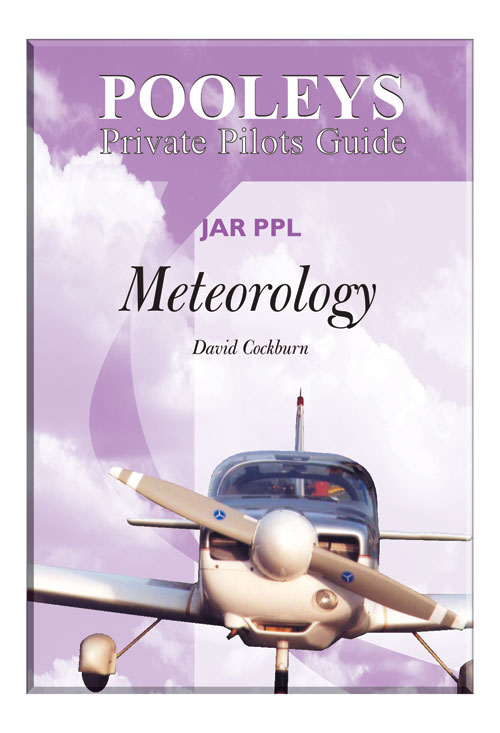 This book, the fourth in the series, has been produced primarily to assist an applicant for a Private Pilot's Licence in the study for the Meteorology examination. It is not intended as a complete course of study, but is designed to act as a guide to the main points in the syllabus. However, it is also intended to help those who have already passed the examination by giving them a document to which they can refer in order to achieve safe and practical flights as private pilots, and in addition can serve as a useful first step towards the knowledge required for professional pilot qualifications.

The most important parts , especially those relating directly to safety, are covered in detail. However, the coverage of parts which the author considers less vital is only sufficient to give a basic understanding of general structure.

To cover the whole syllabus, or indeed to fly with a high level of safety, more detailed knowledge is required. Modern meteorological forecasts are produced by computer with guidance from scientists, but the forecasts produced can never be completely accurate, and are certainly not tailored to the requirements of the individual pilot.

In order to achieve the maximum enjoyment from flying while retaining a reasonable level of safety, every pilot should strive to learn as much about the weather as possible.

David Cockburn served for many years in the Royal Air Force as a pilot and flying instructor, amassing nearly 6000 flying hours including over 1000 hours instructing on jet trainers and 1000 hours on light piston aeroplanes. During that time he specialised in teaching mainly visual navigation techniques to pilots and navigators in the air and on the ground. He holds a UK Airline Transport Pilots Licence, and since leaving the RAF has worked as a ground instructor in professional flying training schools in this country and abroad, and is the author of several professional training books and manuals. While employed by the UK CAA and subsequently, he has received awards for his work to improve General Aviation safety, and continues to give flying instruction at flying clubs to PPL and IMC rating students. Having decided to concentrate on private pilot training, it became apparent that students and private pilots found it difficult to find the practical and important information they needed from the detailed descriptions in the available textbooks.