The Dawn to Dusk Competition, now in its fifty ninth year, provides a unique aeronautical challenge participating in a day's flying using an aircraft of the competitor's choice. The competition is an opportunity to further your flying, to expand your horizons and to give you the excuse you need to have the flying adventure you have always wanted to have.

If you are interested in entering the competition, please click on the 'How to Enter' tab below. If you have any questions, please email enquiries@pooleysdawntodusk.com and we will come back to you.

The Objective of Dawn to Dusk is to encourage the most interesting employment of a Flying Machine within the limits of competent airmanship and to demonstrate the capabilities of pilot and machine in a day's flying, in the hours between Dawn and Dusk, whilst undertaking an original and praiseworthy objective.

All that is required is for the competitor to set themselves a challenging goal with a theme and fly it. You then need to write up a detailed log of your preparations and flight. An example of a previously submitted log can be found here.

Themes are diverse. Many have used historical events be it civil or military. Geographic, geological or environmental themes have become popular as well as old flying routes, test pilots and testing centres. The only limit on the challenge you set yourself is your imagination! Many choose to link their challenge with a charitable endeavour, raising money as they fly. Examples of previous themes can be found below under 'Previous Winners and Themes'.

Over the past 60 years winning and highly placed entries have been submitted from more than 14 countries including Australia, New Zealand, Scandinavia, Canada, United States and of course from across Europe.

An entry can be flown at any time of the year, with the cut off date for submission of your log falling on the last day of September. Entries received after this date will be entered into the following year's competition.

The competition was until February 2018 judged by a Panel of 5 aviators including the late former Test Pilot John Farley. For 50 years, from 1968 until 2018, the competition was coordinated by David Hamilton. David and his team of judges stood down in February 2018 at the Dawn to Dusk Awards Dinner and the mantle was passed to Sebastian Pooley, one of the judges.

In 2018, a new panel of judges was formed including:

The Duke of Edinburgh's Message 1993

In late 2018, the rules of the Dawn to Dusk Competition where reviewed and simplified. The competition is an opportunity to further your flying, to expand your horizons and to give you the excuse you need to have the flying adventure you have always wanted to have. We want the competition to be as easy to enter and fly as possible.

The rules are simple:

The International Dawn to Dusk Challenge

by 30th September each year for entry into that year's competition.

Any queries regarding the rules should be addressed, in writing, to the Coordinator - enquiries@pooleysdawntodusk.com

Breach of Regulations or other law

In view of the rules as stated above, and of the fact that neither Pooleys, The Tiger Club nor any other Sponsor exercises any supervision or control over Competitors, the following provisions shall apply:

a) It is the responsibility of each Competitor to ensure that they comply, at all times, with all relevant legislation currently in force regarding the airworthiness of Flying Machines, licensing of crew, operation of Flying Machines and so on.

b) Neither Pooleys, The Tiger Club, nor any Sponsor, nor any other organiser or official connected with the event accepts any responsibility to the Competitor or to anyone else for any of the following:

i) the financial or other arrangements of Competitors and intending Competitors.

ii) any breach of regulations or general law, or any negligent, reckless or other act or default whatsoever committed or omitted (as the case may be) by a Competitor.

iii) subject to section 2 of the Unfair Contract Terms Act 1977, any death or loss, damage or injury of whatever nature caused to or by a Competitor.

iv) the arrangement of any insurance in relation to the Competition. Each Competitor is solely responsible for making whatever insurance arrangements are necessary. In the event of dispute, English law will prevail.

The Competition will be judged by the panel of judges.

Each judge will read/view each entry/log and based on their personal decision, will order the entries based on who they feel has submitted the best entries. The judges will then convene as a group and agree the winning order of the entries overseen by the Coordinator. Their decision is final.

There is no official scoring but the judges will give due consideration to the following aspects of the flight:

a) Planning including originality, research and flight planning.

c) Safety including threat and error management and appropriate equipment on board.

d) The Log including presentation and relevance, completeness and accuracy.

The results will be announced as soon as possible and an awards Presentation and Reception will be held at the RAF Club, Piccadilly, London in January of the following year.

The Judges reserve the right to penalise any Competitor who, in their opinion, has taken unnecessary risks or demonstrated bad or doubtful airmanship. Competitors may be required to give a written or verbal explanation of any of the circumstances connected with the flight. Particularly blatant cases of bad airmanship may result in exclusion.

The decision of the Judges is final. It is pointed out that the Competitors agree to be bound by this, and all other regulations issued for the Competition, upon completing the Entry Form. The Judges reserve the right to reject an entry without having to assign a reason. The judges reserve the right to combine two years of entries should too few be received in one year.

The Dawn to Dusk Competition is sponsored by Pooleys Flight Equipment.

Details of the Awards Ceremony, when the results will be announced, will be forwarded to all entrants in due course.

Bonney Trophy - Awarded to an all female crew

Every Competitor who finishes the Competition, in accordance with the regulations, and submits a log and written/video report will be presented with a Certificate.

The awards will be available for presentation provided that, in the opinion of the Judges, there is a Competitor eligible for them.

Thank you for your interest in the competition. Please complete your initial details below and we will send you the full entry form to complete by email.

WE LOOK FORWARD TO YOUR ENTRY!

HRH Prince Philip, Duke of Edinburgh was a life-long supporter and enthusiast of aviation. He gained his RAF wings in 1953, he qualified as a helicopter pilot with the Royal Navy in 1956 and gained his Private Pilot's Licence in 1959. Many members of the Royal Family have flown solo during their training with the RAF or Royal Navy but Prince Philip is the only one to have flown a civil aircraft solo. This he did in a Turbulent from White Waltham in October 1959. This is the only time a member of the Royal Family has flown a single seat aircraft. 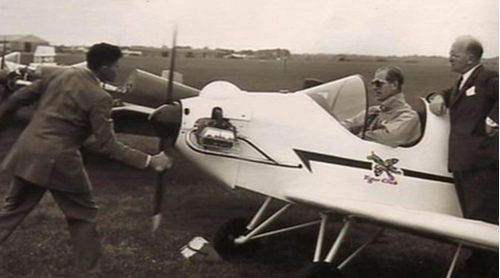 It is significant that it was in a Tiger Club Turbulent that Prince Philip went solo, as this was the aircraft that all competitors in the Dawn to Dusk flew in the first 3 years of the competition. You'll see that under the previous winners details in the tab below.

The Dawn to Dusk Competition was borne out of an idea and subsequent discussions between Prince Philip, a Member of the Tiger Club and Norman Jones, the then Chairman. The idea was simple - how far could you fly in a day between Dawn and Dusk (0430 and 2130). You had to start and finish at Redhill, the home of the Tiger Club, four days either side of Mid-Summer's day. Over the years the competition evolved in terms of format and rules but Prince Philip remained the Chairman of the  Judging Panel for over 40 years. He read every single log which his message of 1993 (link above) alludes to and when the judges all met with him at Buckingham Palace, he would have them spread out around the room. One on the entries, on the History of Fur Trappers in Canada, was so detailed that at the presentation dinner attended by the Canadian team, Prince Philip requested the log be placed in the library at the University of Winnepeg. Another entry, based on the work of Capability Brown, was kept by Prince Philip so he could show it to the Queen Mother over Christmas.

Although Prince Philip never participated in the competition directly, several of his equerries took part. He was asked whether he might enter but after discussions with the CAA, it emerged that the route would have to be designated as purple airways and would effectively shut down UK airspace. So he decided not to do it.

Prince Philip's commitment to aviation, technology, engineering, both in the UK and across the Commonwealth, was tireless. He will be missed.

Our thoughts are with Her Majesty the Queen, the Royal Family and their friends.

The Judges of the Dawn to Dusk Competition, Former and Present 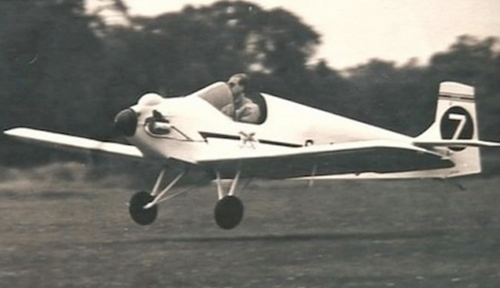