Pooleys supports the Vulcan to the Sky Trust

Pooleys are proud to support the efforts of the Vulcan to the Sky Trust in helping to protect British Aviation Heritage through our Charities and Interest Groups initiative and other areas of support.

Vulcan XH558 is owned and operated by the Vulcan to the Sky Trust, a British charity established to maintain and operate this remarkable aircraft.

Honouring the Past – Inspiring the Future

You can help care for and protect XH558

The Avro Vulcan is an iconic example of British aerospace engineering at its world-beating best. Its impressive list of technical achievements includes being the first successful large delta wing aircraft, leading directly to Concorde and the Space Shuttle, and delivering performance and agility so close to a jet fighter’s that it was given a fighter-style control column in place of the traditional bomber pilot’s yoke. That agility allowed XH558 to deliver amazing air displays, which unfortunately finished when she retired in 2015, but there are great plans to use her as an inspirational centrepiece in a future Centre. Now the Trust is expanding its horizons with inspirational work to demonstrate engineering excellence in early generation jet-engine aircraft with the planned restoration of Canberra WK163.

XH558 is an iconic example of that remarkable period of intense post-war innovation that made British aviation technology the envy of the world. As the many displays at her hangar demonstrated, this allowed her to play a fascinating role in keeping the peace during the Cold War, a period of terrifying global tension. It is a truly remarkable story.

The Vulcan to the Sky Trust has an established education programme, working with schools, colleges and other organisations. In her new life XH558 will build on this exciting provenance to inspire and educate new generations of young people, focussing on the technical skills that our country needs so badly.

Vulcan XH558 flew again thanks to the generosity of her supporters who give their time and money to supplement the Trust’s commercial income. She would not have flown without them. If you would like to join this group and play your part in maintaining Vulcan XH558 as well as helping the Trust deliver other exciting heritage aviation projects or to receive our weekly e-newsletter please visit http://www.vulcantothesky.org./

Thank you to everyone who has helped to make this remarkable story happen.

Find out about the exciting plans about protecting Avro Vulcan XH558 as the Vulcan to the Sky Trust looks to build a purpose-built hangar at Doncaster with the eventual aim being to restore another classic heritage British jet – the English Electric Canberra WK163, to flying condition. This was the very aircraft that gained the world altitude record of 73,310 feet in 1957.

Once restored, she will become the largest heritage jet flying on the UK display circuit. XH558 itself will continue to be kept in excellent ground-running condition, the centrepiece of an inspirational and educational facility that will welcome public visitors and enable various events to be held to aid continued fundraising for the charities future ambitions.

If you would like to know more about the Vulcan to the Sky Trust or if you think you could help them, please visit http://www.vulcantothesky.org./

Use the promotional code 'Vulcan' during the checkout stages. 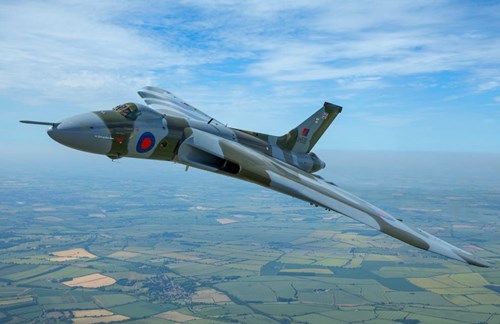 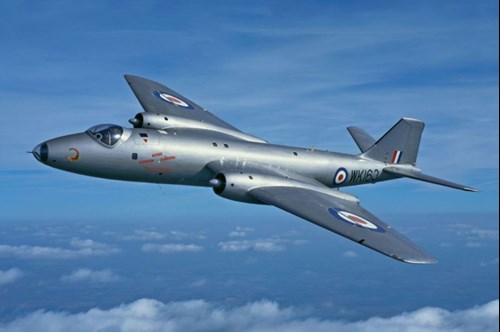